With over 500.000 reportable industrial facilities, France is one of the most densely industrialized European countries, particularly in the nuclear, petroleum, chemical, pharmaceutical and phytosanitary fields. In view of their number and nature, the industrial issue at the national level is a key element.

By industrial safety, we mean accidental events caused by human processes or factors and malicious acts. This domain has been booming since the AZF mishap in Toulouse in September 2001 and recent terrorist acts that require increased vigilance.

Intelligence of color at the service of Industrial Safety

In the field of industrial inspection, the idea of exploiting the “chameleon” property of certain coatings is making its way. The simple change of color of a coating outside a room makes it possible to signal the temperature overshoot, the crossing of a resistance threshold (associated either with an impact or with unusual stretching), the presence of an unusual gas, an ionizing ray, a leak and so on… 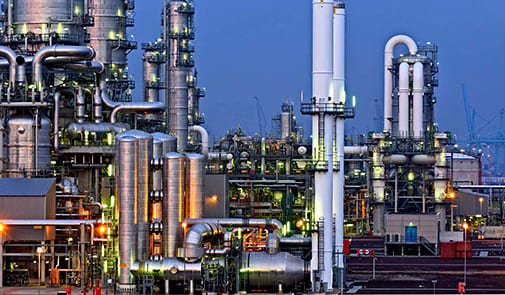 The development of this generation of SmartKrom® will eventually allow non-destructive testing (NDT) of the integrity of structures or materials, without damaging them during production, use, and maintenance.

This revolutionary visual control process will make it possible to inspect large areas and identify thanks to a change of color the defective one. This visual alert will be understandable by everyone! No wired implementations are required and the application is carried out by a simple deposit of ink, paint, … The optical modulation can also be controlled so that the detection is carried out by drone, by camera, …

In this booming domain, OliKrom has become a key-player by producing tailor-made pigments from the concept to the realization. Our team of experts, made up of doctors, engineers and technicians in chemistry, have an expert knowledge of all methods derived from organic, inorganic and hybrid chemistry in order to develop the optimal color change pigment.

Below all the industrial sectors concerned:

And also in all sectors producing:

Visual industrial safety… let us save lives together!