OliKrom with its team of photochemists has a recognized expertise in the field of photochromic materials. Our team masters the most advanced concepts in materials science and thermodynamics to design and produce various families of photochromic pigments. Depending on the industrial specifications, we select organic photochromic pigments (such as stilbenes, camphoras, o-nitrobenzyls, osazones, semicarbazones, etc.), hybrid or inorganic derivatives (such as metal oxides, alkaline earth compounds, metal halides). Each of these families has advantages and disadvantages.

We know for example that the pitfalls frequently encountered are the adjustment of the excitation wavelengths, the control of the photocommutation speed, the influence of the temperature on the erasing processes. In general, a photochromic material is characterized by a thermodynamically stable form A which is transformed by irradiation into a less stable form B, having a different absorbance spectrum. This form can be reconverted into form A, by thermal and/or photochemical means. Usually, for the majority of the photochromic compounds, the stable form is colorless or pale yellow, and it colors during irradiation (positive photochromism). Some photochromic compounds show a colored A form and a colorless B form (negative photochromism), or reveal a reversible change between different colors.

The OliKrom team is able to control the photochromic property by simple chemical modification to become reversible or irreversible “on demand”, to adjust the speed of photocommutation, the threshold of color change, to modulate the optical response and to obtain the color change in the ultraviolet, visible and/or infrared. 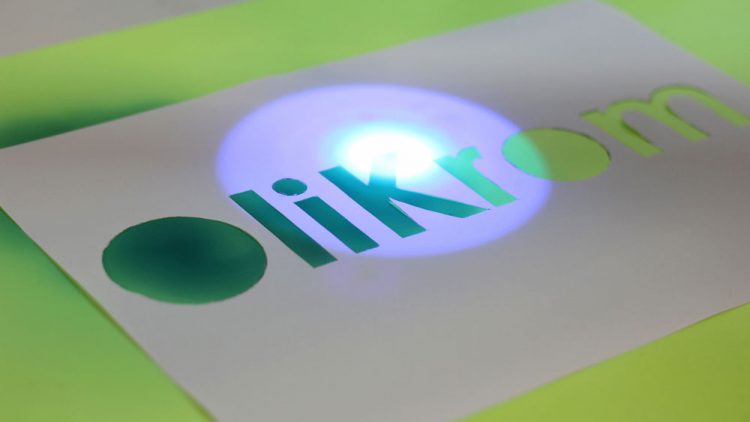 Color change at a defined light intensity, returning to the original color when the light intensity returns to its initial level. Possibility of adjusting the color, the excitation wavelength, the photocommutation speed and reversibility. 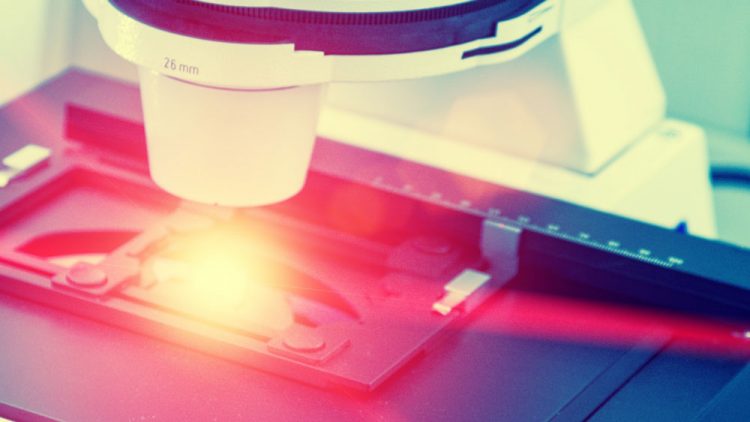 Based on our experience, each industrial application is unique. We know that the pigment/matrix couple is crucial to control the photochromism and its stability. The modification of the ionic bath affects the relative position of the excited states and thus the properties (wavelengths, colors, switching speed, process fatigability)

In order to ensure industrial production with total control of quality and reproducibility, we deliver only the final formulation in the form of: photochromic inks (UV, solvent) adapted to printing techniques (screen printing, pad printing, etc.) and/or photochromic paints (acrylic, polyurethane, etc.).

OliKrom accompanies each request “from need to product” by involving our experts from the Materials research and development unit, the process department and the production plant: 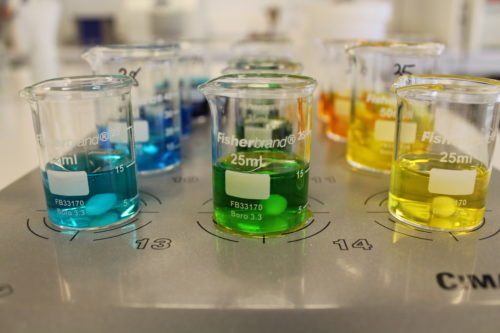 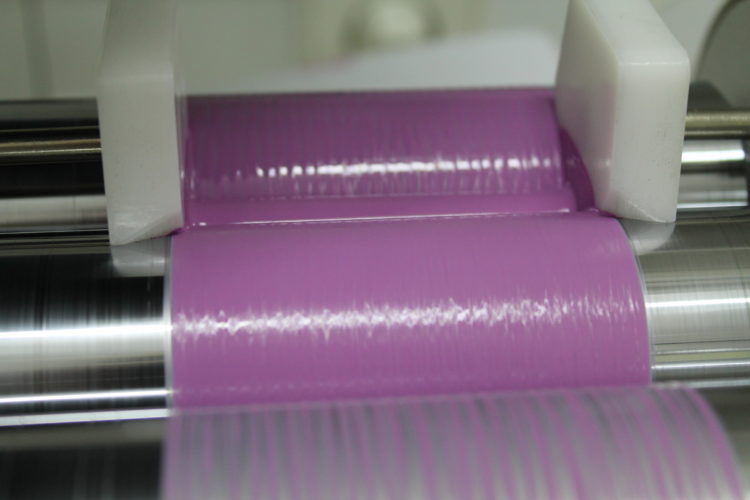 The Process Department,
the expertise of the formulation

This process unit is in charge of integrating the pigment into the desired matrix (ink, paint, etc.) while preserving the targeted photochromic property according to your technical, economic and regulatory constraints. 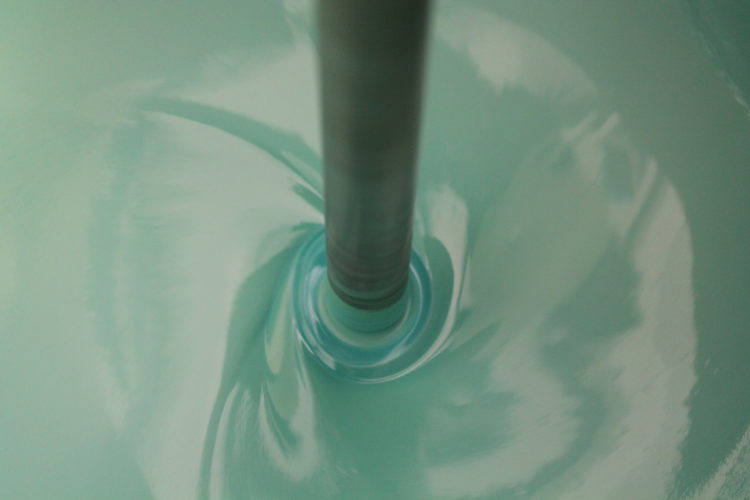 Industrial production,
from the kilogram to the ton

Send us a message, our experts will get back to you within 24 hours!