Fraud and wine, color intelligence at the service of anti-counterfeiting

“It is estimated that today in Europe, 30% of the bottles sold are falsified (in China, it is 3 out of 4 bottles).”

Novice consumers are the first victims of the fraud of great counterfeit wines. 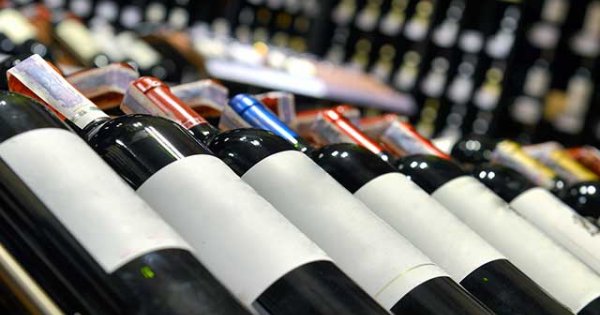 Fraud on the appearance and / or substitution of wines requires increased security. The method is simple: counterfeiters look for original bottles (eg in the bins of restaurants). Then, they reproduce the label and fill the bottle with a cheap wine, so as to resell it like a bottle of grand cru or a prestigious wine and thus make profits. This trick is almost undetectable by novice consumers.

In China, it is not uncommon to find sites that sell directly the original bottle of some great wines in large quantities. Some networks are organizing to collect empty bottles in the places of consumption (restaurant, hotel, wine bar, wine shop …).

Is the fight against fraud winable?

It is a perpetual fight against increasingly sophisticated equipment, admits Michael Egan (independent expert specializing in large bottles). Counterfeiters are now able to replicate holograms. Technology certainly makes it possible to design labels that are more difficult to copy, with inlays of numbers invisible without magnifying glass, paints that are only detectable under UV … But it is necessary to improve the traceability of bottles; create a database and secure the sector with systematic identification of exporters and intermediaries. “

On 22 June 2017, the wines of Bordeaux inter-branch organization and Customs signed an agreement to strengthen the fight against counterfeiting, via a new device placed on the bottles, a seal that will replace the “Marianne capsule” on the neck of the bottles.

The agreement “is a first for Customs with an inter-branch organization in the wine”, according to Corinne Cleostrate (Head of the Directorate of the Customs Intelligence Service), which calls for similar progress with other French vineyards , in order to secure the wine sector. Second sector in excess of the trade balance, after the aeronautics, it exports nearly eight billion euros of wines each year, remember the Customs representative.

To know more about the french article …

Color intelligence for safety and traceability

In the field of anti-counterfeiting, the idea of ​​exploiting the property of “intelligent color change” is making its way.

The simple change of color of an activatable ink, for example by the flash of a phone, can allow everyone to identify the authenticity of a label.

The insertion of an irreversible color change tracker may indicate an attempt to detach the capsule (with steam, for example) in order to substitute “the grand cru”.

The development of this generation of SmartKrom® makes it possible to generate a visual alert comprehensible by all! No wired implementation is necessary and the application is made by a simple deposit of ink, paint, …

In this booming field, OliKrom has become a key player in developing tailor-made solutions from idea to production. Our team of experts, doctors, engineers, … is at your disposal