Materials that change color under the effect of shocks, changes in pressure or temperature: the so-called "intelligent" pigments developed by OliKrom are a great advance in their field

Let's imagine it. It's winter, you're driving in the pouring rain but with confidence: thanks to photoluminescent pigments, the road markings are optimized and you can even see the risk of black ice. Coatings, paints, inks capable of adapting to their environment? Color as a sensor: this idea is at the heart of the technologies developed by the start-up OliKrom.

At the crossroads of fundamental research and industrial applications, OliKrom is part of the deeptech trend: disruptive technological innovations, often coming out of fundamental research laboratories, likely to revolutionize their market and open up new ones. Our pigments address environmental issues in a wide range of fields, from aeronautics to building coatings and food packaging," explains Jean-François Létard, former director of research at the Bordeaux Institute of Condensed Matter Chemistry (ICMCB), and founder of the start-up. OliKrom's mission is to address these issues, from research to production, by developing inks and paints that are sensitive to changes in their environment and ready to use. 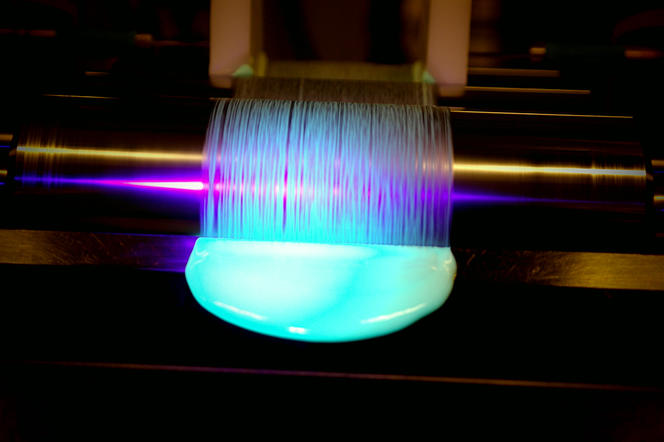 Photoluminescent paint. Specialized in photochemistry, OliKrom produces fluorescent and phosphorescent pigments that can glow in the dark for over ten hours

In 2000, the work carried out at the ICMCB for many years came to fruition: color change pigments were finally mastered on a laboratory scale. In 2005, Jean-François Létard and his team filed their first international patent. Then, in 2013, Jean-François Létard attended the HEC Challenge+ program to learn about management and entrepreneurship practices. In 2014, he decided to put his research career on hold to create OliKrom, in Pessac, in the Bordeaux area. "We imagine the researcher more bent over his bench than as a business leader. But a researcher wears many hats: he has to deal with the unknown, with uncertainty. Just like a business leader, he or she must generate motivation, give a direction, a vision, an impulse. And it's a promising direction. After an initial fundraising of €300,000 in December 2014, Jean-François Létard completed a second round of €4.5 million with Starquest Capital and BPI France with the support of the New Aquitaine regional council in December 2017. Today, OliKrom has a team of 14 people (doctors, engineers...) and has just taken a new step with the acquisition of an industrial site of more than 1,600 m2 dedicated to its administrative center, its research and development office and its own production unit.

Indeed, for OliKrom, everything has gone very quickly from the laboratory to the industrial site. The company has been working with Airbus for nearly six years through Chococomp, a consortium of laboratories (LCMCP, ICMCB, Institut P', ENSMA-P'). Our mission," explains Jean-François Létard, "is to develop coatings that are sensitive to external stimuli. For example, during the transport and assembly of different parts of an aircraft, shocks can occur. These shocks may be below the surface or barely visible: their detection requires significant inspections. We have therefore developed pigments capable of detecting these impacts on composite materials: the color of the paint changes under the effect of a pressure variation or concomitantly with an impact. This also allows us to accurately quantify the damage sustained. 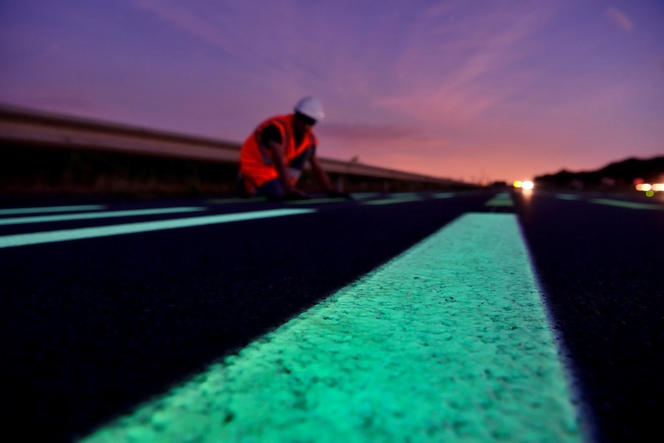 Road markings will be visible at night and in bad weather thanks to the development of photoluminescent paint from the I-Street/Sushis project. Source EIFFAGE/OLIKROM

At the same time, the OliKrom team is developing heat-sensitive coatings that can identify overheating - two warning thresholds, at 120° and 140°, for two color variations. Controlling the color change, reversible or not, according to temperature, pressure, but also in the presence of gas, solvent or light.

OliKrom is also one of the four winners of the "Road of the Future" project launched by the French Environment and Energy Management Agency. Coordinated by the Eiffage Group and in partnership with Total and IFSTTAR (the French Institute of Transport, Planning and Networks Science and Technology), the I-Street program (Systemic Innovations for Ecological and Energy Transitions in Road Infrastructure - Positive Energy Road) aims to answer the question: how can we make the road of the future safer, greener and connected? "The Sushis project, for a smart road, includes the development of photoluminescent horizontal signage, which will enhance the safety of users in poor weather conditions and allow energy savings, especially in urban areas," reports the researcher-entrepreneur. Intelligent products with chameleon-like properties: for OliKrom, the adventure is just beginning.

Link to the article
In the same category